While not something I normally do, I've noticed a lot of misconceptions came up about this highlander season. Because of that, I've decided to write a small bit as a recap for the previous season.

Starting off, for all intents and purposes, I held out for season 18 in terms of options. I was actually very much interested in exploring new classes. Having played Engineer for 11 seasons, I've become very comfortable with the class. Almost too comfortable, to a point. And I felt it was time to explore how I could use my knowledge and mechanics in other classes. Having spoken to others, I eventually ended up taking an offer for Soldier on Alphabet Alliterations.

Soldier is a different game than Engineer entirely. I'm sure this comes off as a "duh" to many, but it was new ground for me. And that's what made it exciting. Engineer exists inherently as a back-line defense. A social Engineer to deter the enemy and build a congregation point for allies. This is typically slower paced and tries to accommodate larger and longer term movements. A lot of micromanagement goes into it. From the moment you walk out the door, you are already being tested on what building goes up at spawn. The ammo packs you hit along the way, the number of ally suicides you get, which buildings go up when and where, and which you prioritize first and upkeep under enemy fire--depending on what the enemy sends at you.

On the other hand, Soldier is spur of the moment. With little micromanagement and high mobility, Soldier exists for short-term, high action plays. Where precision and short-term positioning reign king, Soldier asks for a lot of control. This kept me shaky on my feet, as it was an avenue I'd never explored before.

Is this obvious to most of you who have played Soldier? Probably, it likely sounds novice. Likely because: it is. I sought to explore unfamiliarity. I have spent many seasons improving my art of Engineering, and I believe that I won't learn much more without venturing out and learning the trade of other classes firsthand in competitive. And the adrenaline of the game from a new perspective--being unfamiliar. Learning and improving drastically--game by game--it was revitalizing.

The switch to Engineer

As many came to notice, I had a move to Engineer mid-season. And there seems to be a lot of misunderstanding in that regard. Both why I moved, and who I "replaced". It's come to my attention that my name is being used to condemn the previous Engineer in the position, Uncle Dane. The condemnaton comes from a series of skewed facts and misinformation that I intend to clarify.

Firstly, Uncle Dane was never the intended starter for the team. He had chosen to back up for AA's previous Engineer--who ended up not being able to play for the season. The leave of absence from our main was last minute, and we really had no time to look for a new starter. Dane offered to take part as starter until a solution could be made. We were all very grateful for his offer.

For a number of weeks we played under our team composition of myself on Soldier and Dane on Engineer. Occasionally I would interact with Dane, giving recommendations or suggestions on spots or positioning--though often times I left Dane to his own work. Without a doubt, Dane shows aptitude as an Engineer main. He thinks. He theorizes. He treats Engineer as an artform, just as I have.

Mid-season, we were having some ups and downs. It was no particular player's fault, however--it simply was. Not all compositions are ideal. Some people's playstyles on certain classes simply don't play well with others. (And, as we would later come to find out, we had a hacker or two among our division, causing further strain on teams such as ours). As such, change was in order.

Personally, my soldier performance was fine in terms of stats. I got the picks, I was a distraction. I had the numbers on stats. But when it comes down to it, I wasn't an experienced Soldier main. I had my own quirks, many of which didn't mesh well with my scout partner. The numbers were there, but the synergy was not. We were facing issues with synergy on the combo as well, and it was making for a rough time.

Ultimately, our team leader had been considering a change up for a while, and an opportunity finally came. Our scout's 6s team had a Soldier who was looking to play Highlander. It was an obvious choice to choose him over me. He was an experienced Soldier main, where as I was an experienced player off-classing. Without hesitation, I had no qualms in forfeiting my position for the benefit of the team. And with me being available, we finally had an available Engineer. At this point, I could take over the position for Dane.

Many people regard this as Dane being cut for me. Which I will say right now, was not the case. Our team lead, Dane, and myself all came to a mutual consensus that I would take over the Engineer role. Dane had never intended to start in the first place. And, seeing as I had already been a starter and wanted to continue to start--and this was my main as well. It made sense.

In terms of raw experience, I have more time and comp exposure than Dane. Does it mean I am more apt at Engineer than he is? Not necessarily. Dane shows natural aptitude; he simply lacks the time in upper divisions that I have. I have a lot more feedback to go off. Given the same time and exposure, I have no doubt that Dane will be capable of displaying the same skills and performance that I have in my time.

One issue I've come to notice for Dane is the constant condemnation of his character due to his celebrity status. Often times, people confuse celebrity status with qualifications. These are not the one and the same. Yet, in the case of almost all celebrities--not just Dane--you will see a disproportionate amount of praise or hatred that are baseless.

Many forget that Dane is an entertainer first. And that an entertainer doesn't necessarily equal skillful. It isn't to say that Dane is not a skillful player, but often his fans' praise blow it out of proportion. And while his fans may see this as beneficial---"Well if we talk Dane up, he gets better opportunities. More people wll recognize him". In fact, it is the opposite. Any amount of disproportionate attention attracts negativity too. In Dane's case, there are a lot of people who seek any chance to put Dane down. Others, fearful of the stigma behind Dane's fanbase and uncertain of his actual abilities because of all the praise--are wary of wanting to roster him due to the potential backlash.

In truth, I was hesitant of committing to AA after I had learned Dane had been rostered. It isn't that I dislike Dane, but I was fearful of the politics behind having us on the same roster. I have a reputation--as does he. They don't correlate equally, but to the outside world, there was enough to cause grief for one or either of us. Unfortunately, it did occur in the end, and all I can do now is speak my mind on the matter. It's sad that this type of toxicity exists within the community. My namesake was never meant to be used to condemn Dane or his abilities. Likewise, Dane should not be held up to such ridiculous standards. In fact, Dane seems to think so himself, in a rant he posted about how we should Stop Worshipping YouTubers. A mighty fine video to give a listen, if you haven't already.

All in all, I don't believe fanbases or communities realize the impact they have with their praise. It causes a lot of trivial issues for people in our position. Joining a team isn't just about skill. There are many outlier factors, and it can quickly become complex. And often times, this hurts people such as Dane. Although he is qualified to play in his division, he often has to fight through the backlash and politics that resonate from his supporters. This makes it harder for him to participate and earn the much needed experience that any player would need to peform better at higher levels.

Going on from here, I have yet to decide what I would like to do for certain for next season. That said, I would be happy to get another opportunity to work with Dane, as he is an admirable teammate. As I've said before, he shows aptitude--and he is willing to listen and work with his team. To us, Dane is not a celebrity. He is simply another human being in the cog of our Highlander machine. 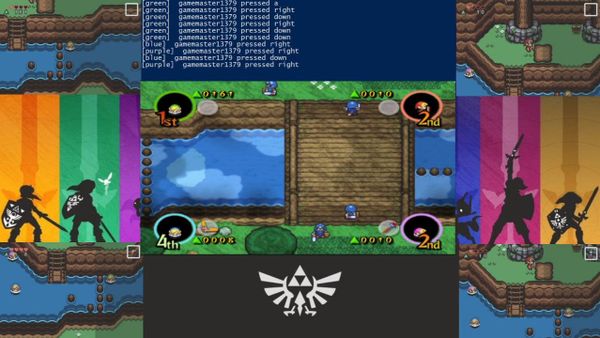